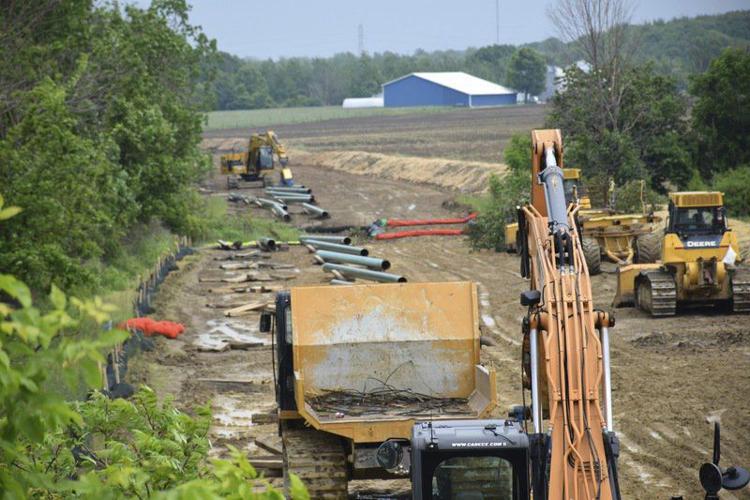 NORTH KINGSVILLE, Ohio — Testing has finished on the Ohio portion of a new natural gas pipeline.

The testing process has moved on to the Pennsylvania section of the Risberg pipeline, RH energytrans spokesperson Dennis Holbrook said.

“We did send our notice to the (Federal Energy Regulatory Commission) on Monday advising them that we’re seeking permission to put the line into service, that all the tie-ins have now been completed, and we’re just doing some final testing on the line,” Holbrook said.

“There’s typically, we hope, no more than a week or so, maybe a little bit longer, for FERC to process and give the OK, so we’re targeting getting everything in place prior to the end of this month.”

The pipeline runs from Meadville to North Kingsville, terminating just north of the intersection of routes 20 and 193.

The project includes 28 miles of new pipeline, 12 of which are in Ashtabula County, according to the Risberg website.

The pipeline will go into service at the beginning of a month, after notice is given to the company that will receive the gas, Holbrook said previously.

In addition to testing, workers are also clearing any debris out of the pipeline and working on land above it, Holbrook said.

Elected officials in Ohio have praised the project for providing much-needed natural gas to the area.

“We’ve been looking forward to this.”

The city of Conneaut has placed three taps on the pipeline to accommodate future development.

“If you want to have business and industry, you have to have access to natural gas,” Conneaut City Manager Jim Hockaday said in June. “Ashtabula County has had insufficient natural gas for 50 years, so this is a huge step in the right direction.”

RH energytrans’ letter to FERC states there have been a small number of non-compliance incidents, but most of them were away from the construction.

“The small amounts of work remaining should be completed before the end of November and, at that time, RH will wish to pack the pipeline and place it into service,” the letter to FERC Secretary Kimberly Bose read.

Work on reseeding the ground above the pipeline is expected to be finished by May 31, 2020, weather cooperating, the letter said.

Brian Haytcher writes for The (Ashtabula, Ohio) Star Beacon, which, like The Meadville Tribune, is owned by CNHI.