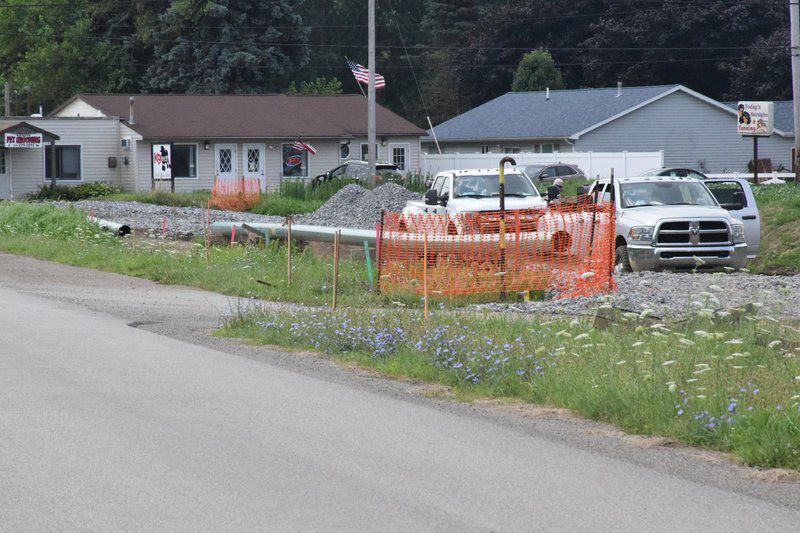 NORTH KINGSVILLE, Ohio — A Meadville-to-Ohio natural gas pipeline has less than a mile of pipe left to install before the project is finished.

The Risberg Pipeline, constructed by RH energytrans, is nearing completion after work began earlier this year.

RH energytrans gave Dominion East Ohio notification that they are hoping to be finished with the pipeline by Nov. 1, Holbrook said. The company acknowledged that the work could slip further into November, and the completion date could extend to Dec. 1.

“Service will commence on the first of the month after you give notice,” Holbrook said.

“We think that we could be physically done with the pipeline work probably toward the end of this month,” Holbrook said.

Remedial work will still need to be done after the pipeline is finished. A number of the construction crews have been transferred to remedial work, going back over where the pipeline was placed to plant grass and other foliage over the pipeline. Holbrook said that work will be completed in 2020.

“We’ve had a beautiful fall,” Holbrook said. “We’ve had some very good fall weather for construction.”

After the work is done, there will be one week to 10 days of testing on the completed pipeline.

Proposed in 2017, the Risberg Pipeline is an $86 million project that will see the installation of 28 miles of new pipeline, according to the project’s website. The Risberg Pipeline travels from Meadville to North Kingsville, Ohio, where it ends northeast of the intersection of Routes 20 and 193. From there, Dominion East Ohio will take over.

“We are currently in the process of upgrading and updating an existing regulation station that will connect our system to the Risberg line,” Dominion spokesperson Neil Durbin said. “Our plans are to have that complete to coincide with the completion of the Risberg line.”

Brian Haytcher writes for The (Ashtabula, Ohio) Star Beacon, which, like The Meadville Tribune, is owned by CNHI.